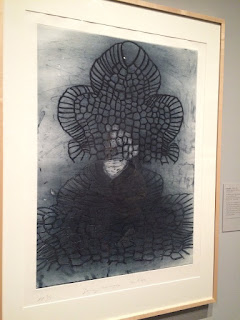 A drawing of an animal in a calligraphic style jarred something loose in my thinking, forcing me to come back to the drawings and prints of Terry Winters. An early archaic drawing held the key to unlocking, and forcing me to begin re-examining the artworks of Winters. This 19th century drawing style utilizes multi-layers of curving lines to create a dimensional space on a two dimensional surface. A pile of Winters exhibition catalogues reveals little, other than the magnificent imagery, much theorizing, yet rarely a quote. After watching a few videos of Winters it gave me a better idea of where he was coming from, still veiled but a little glimpse into his own insight. I have attempted to transcribe a few of the more pertinent words he expressed, they are included here in quotations. 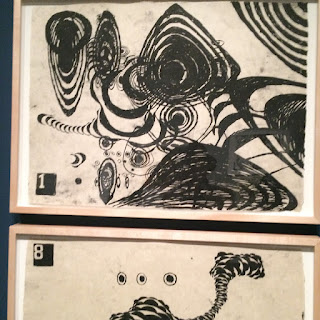 The ‘New-Imagist’ painters of the 80’s working in New York City were the up and coming artists of the day. They exhibited large and in charge canvases at legendary galleries such as Leo Castelli, Sonnabend, Mary Boone, Tony Shafrazi, Annina Nosei and others in the neighborhood of Soho. Paintings were textural, colorful and enormous, wow factor was the phrase of the day. Ileana Sonnabend Gallery on West Broadway, NYC is where I first saw the paintings of Terry Winters. 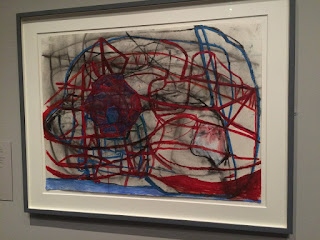 Terry Winters is just one of the many artists from this time period through today who you should be aware of. The Museum of Fine Arts, Boston is currently showcasing a selection of his prints and drawings ‘The Structure of Things’ September 3, 2016-June 18, 2017. 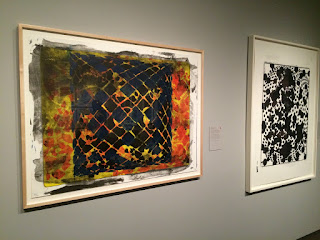 “I think that painting is a very viable and exciting way to open up possibilities of all this new information we find ourselves with.” TW 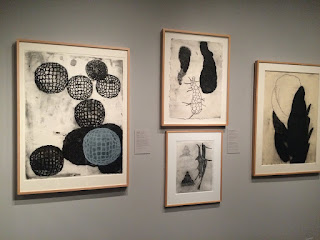 Imagery here and throughout Winters’ career can be and has been described as depicting organic matter, architectural renderings, engineering diagrams, biological or cellular structures. The paintings, prints and drawings have a 3-dimensionality to them creating space, and movement. An energy mass drawn by a mad scientist using a Spirograph or Etch-A-Sketch to the Nth degree. 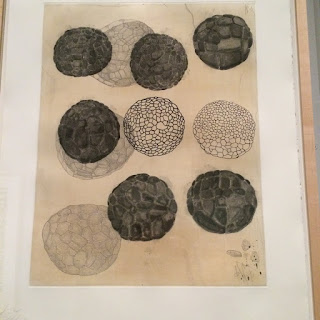 “The work has always been involved with trying to describe nature at some sense or a wider or more open idea about what nature is. *Cezanne said that ‘the job of painting was to develop a new object of nature’, and I think that’s still the job description. Within painted pictures one is searching for a kind of meaning or correspondence.” TW
*Please note: the actual quote from Cezanne is: “Painting from nature is not copying the object; it is realizing one's sensations.” 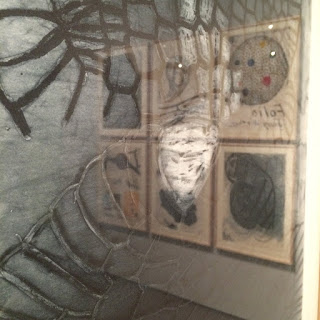 The format of a print is not usually associated with texture and scale as seen here in this exhibition. The MFA showcases here a selection of rich multi-dimensional floating in time and space works on paper, an overall exciting survey. Sometimes colorful (using only primary colors blue, red, yellow) sometimes black & white vibrating from the surface of the paper.  Today prints are being made digitally with very little hand of the artist involvement, when Winters works digitally he is very much involved with the process. There are times when Winters printmaking technique takes it much further than traditional usage. He gauges into, thickens the inks, overlays more material and reworks it all into a controlled flurry. The prints become richer and more built up, layer upon layer. Better still, he knows when to stop and that can be the most difficult part of the process for any artist, when not to get too carried away. Winters makes it look like painting, drawing and even printmaking is more fun than the work and the struggle that making art ultimately is. 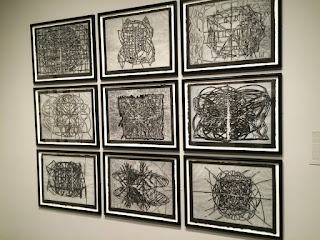 “The information can be anything from an architectural diagram, or a medical picture, or a mathematical image. So I’m interested in how to build hybrids out of these pre-existing bits of information.” TW 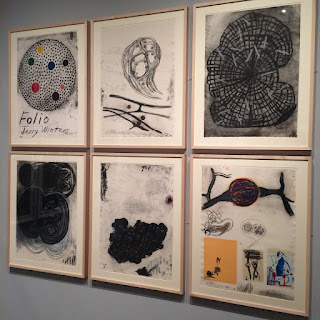 The MFA showcases what I consider to be a Master-Class in printmaking of Winters body of work with all the potential, variances and inspiration of what printmaking can and should be. See for yourself what this exhibit has to offer, in the Clementine Brown Galleries (room 170). 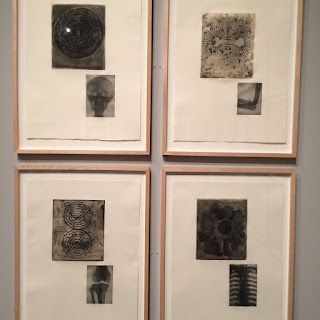 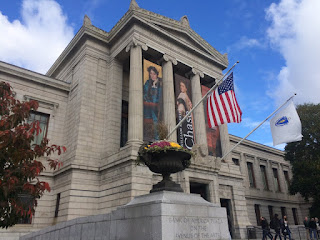 All photographs of the exhibition used here are my own. With gratitude to the Museum of Fine Arts, Boston.
Posted by Two Graces, 105 Barela Lane, Taos NM 87571 at 4:51 PM