A group of UNM students visiting the D.H. Lawrence Ranch


"New Mexico, one of the United States, part of the U.S.A. New Mexico, the picturesque reservation and playground of the eastern states, very romantic, old Spanish, red Indian, desert mesas, Pueblos, cowboys, penitents, all that film stuff. Very nice, the great South-West… …go out in the great free spaces!
In the magnificent fierce morning of New Mexico one sprang awake, a new part of the soul woke up suddenly, and the old world gave way to the new.
I had looked over all the world for something that would strike me as religious."
From “New Mexico” by D.H. Lawrence 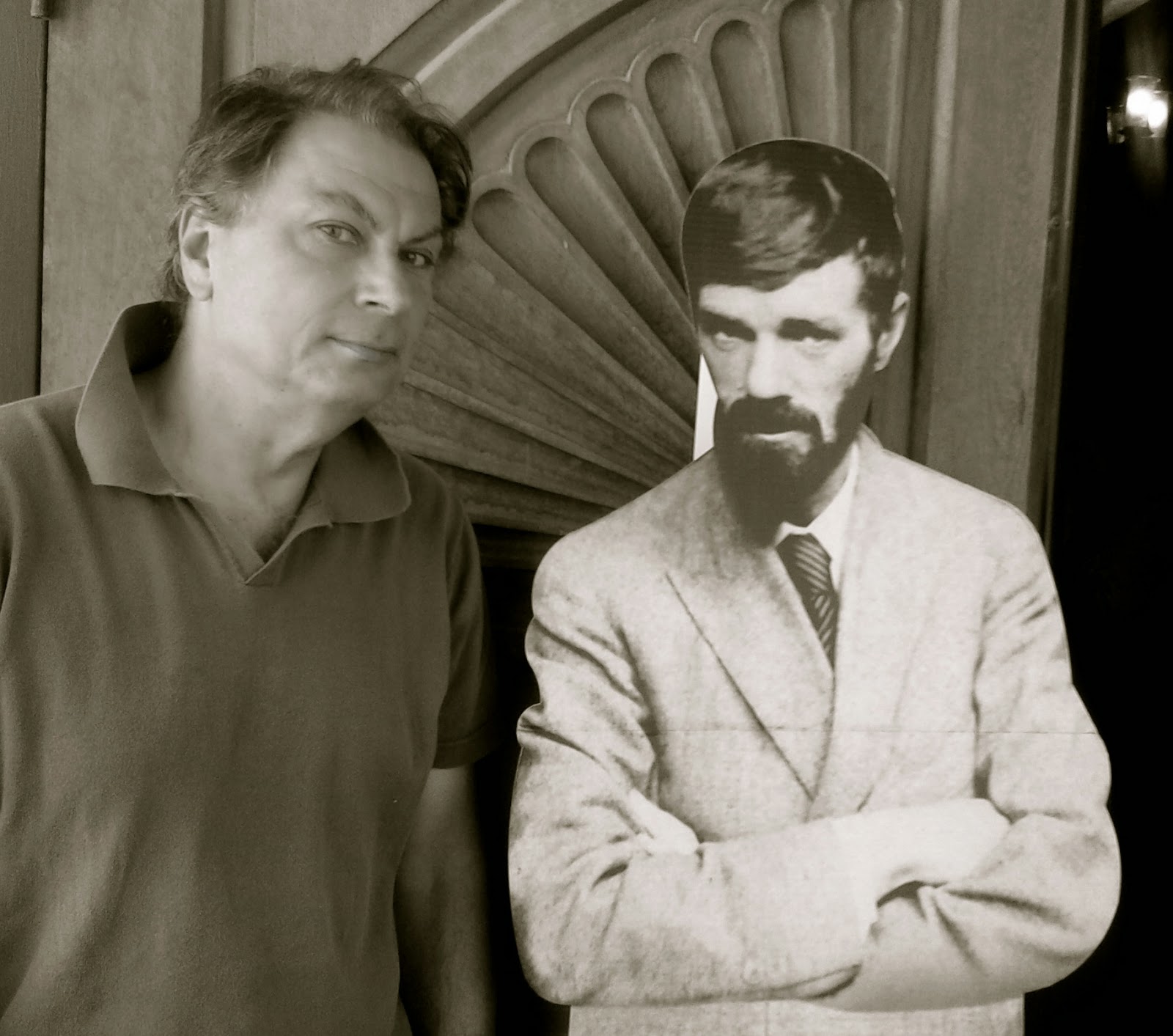 
Patroness of the arts Mabel Dodge Luhan in 1921 first reached out to Lorenzo while they were in Taormina, Sicily, asking them to come to Taos and write about the New Mexico she had fallen in love with.
Lawrence resists her invitations for almost a year before succumbing, he writes about this interim, “I still of course mistrust Taos very much, chiefly on account of the artists. I feel I never want to see an artist again while I live.” 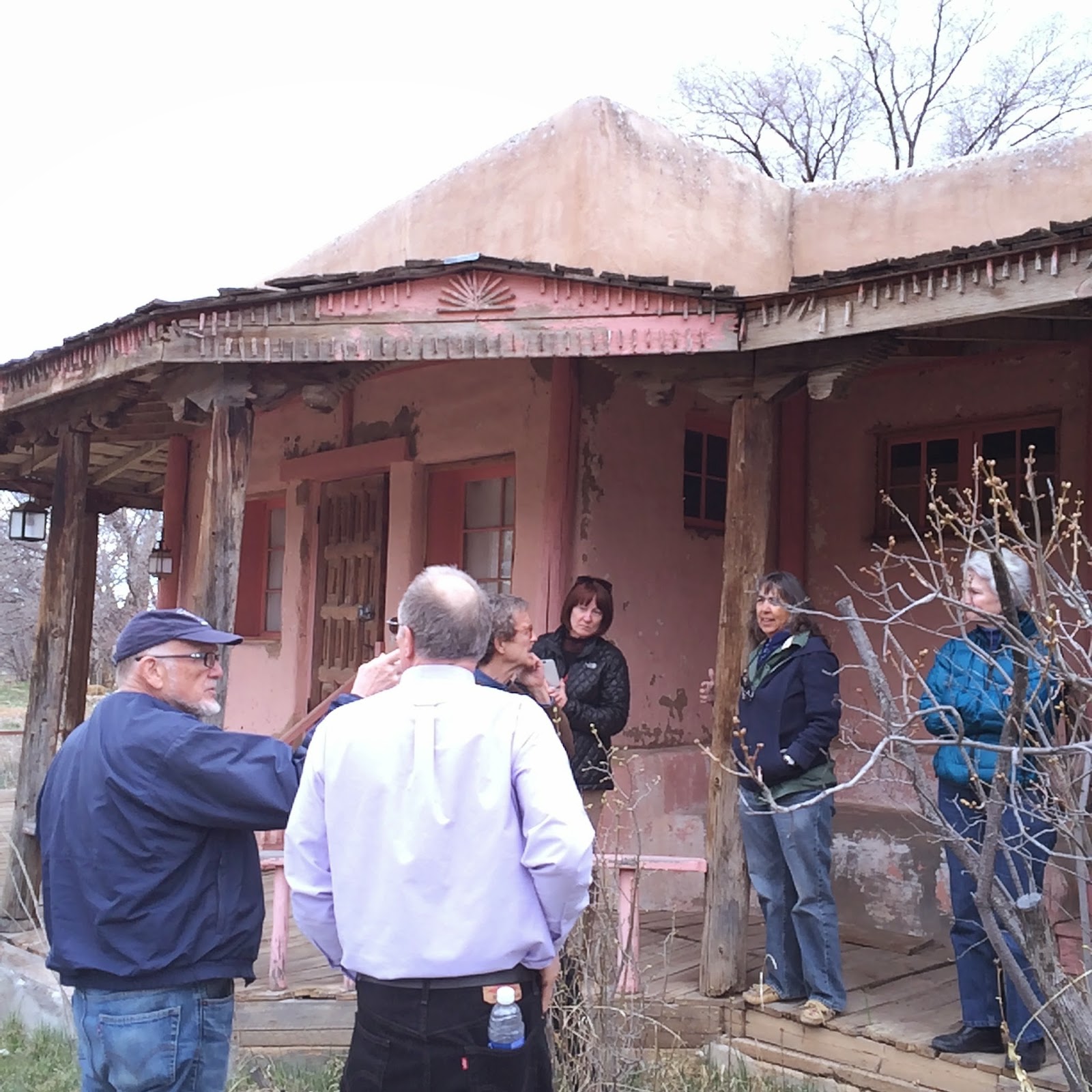 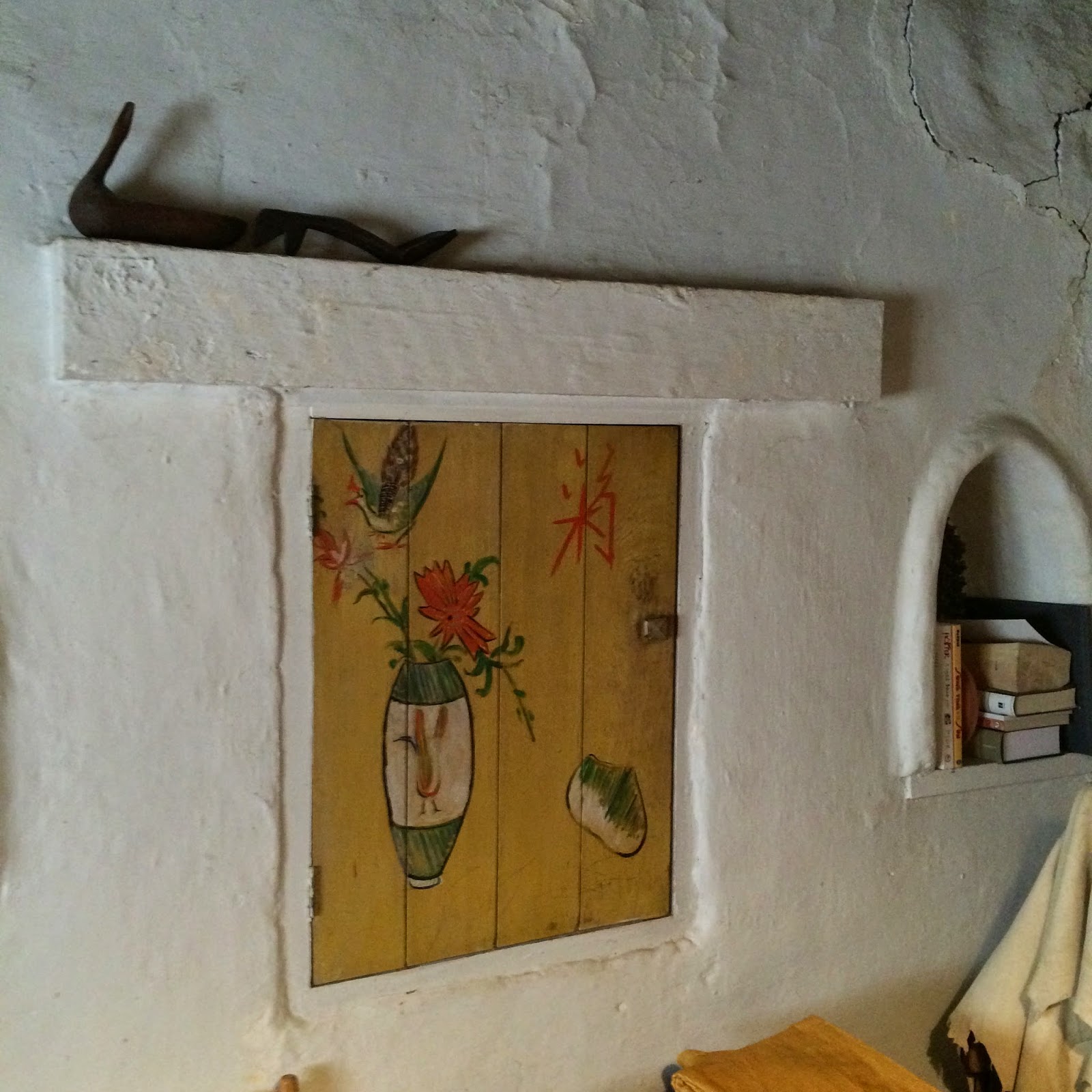 Inside the Pink House a cabinet door painted by Lorenzo


On his 37th birthday September 11, 1922 they arrived in Taos.
In Taos, New Mexico D.H. Lawrence found what he was seeking on his Spiritual Pilgrimage across the far reaches of the globe.
In March/April 1924 Frieda Lawrence was given the deed to the Ranch by Mabel Dodge Luhan. In return Frieda gave to Mabel the manuscript for “Sons and Lovers”. Thus the Ranch property of approximately 160 acres becomes the first and only home the Lawrences ever own together. 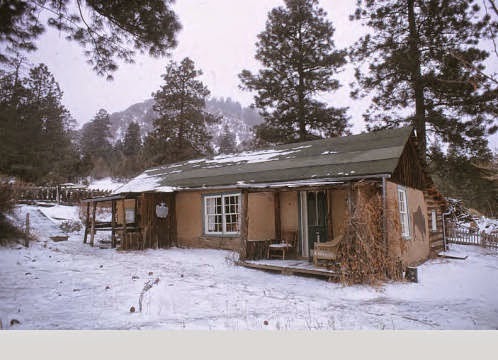 Archival photograph courtesy of UNM of the Lawrence Cabin in Winter, (Note this image is reversed)
The people of Taos Pueblo named Lawrence “The Red Fox”, and Frieda “Angry Winter”. Thus adding another moniker to Bertie, Lorenzo and Lawrence, all accepted names when referring to David Herbert Richard Lawrence, (never David nor DH). 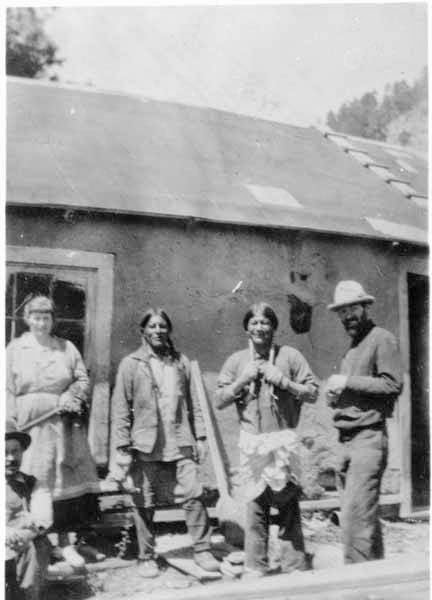 
"Taos Pueblo affects me rather like one of the old monasteries. When you get there you feel something final. There is an arrival. The nodality still holds good."
“Taos” D.H. Lawrence 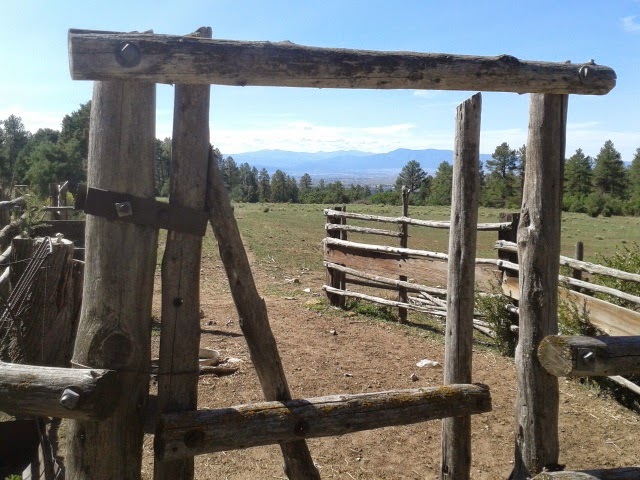 Through the alfalfa field a view of Taos


Although Mabel Dodge would have liked to seduce Lorenzo’s spirit in bringing him to Taos, it is in fact New Mexico and the Sangre de Cristo Mountains of Taos that did so. 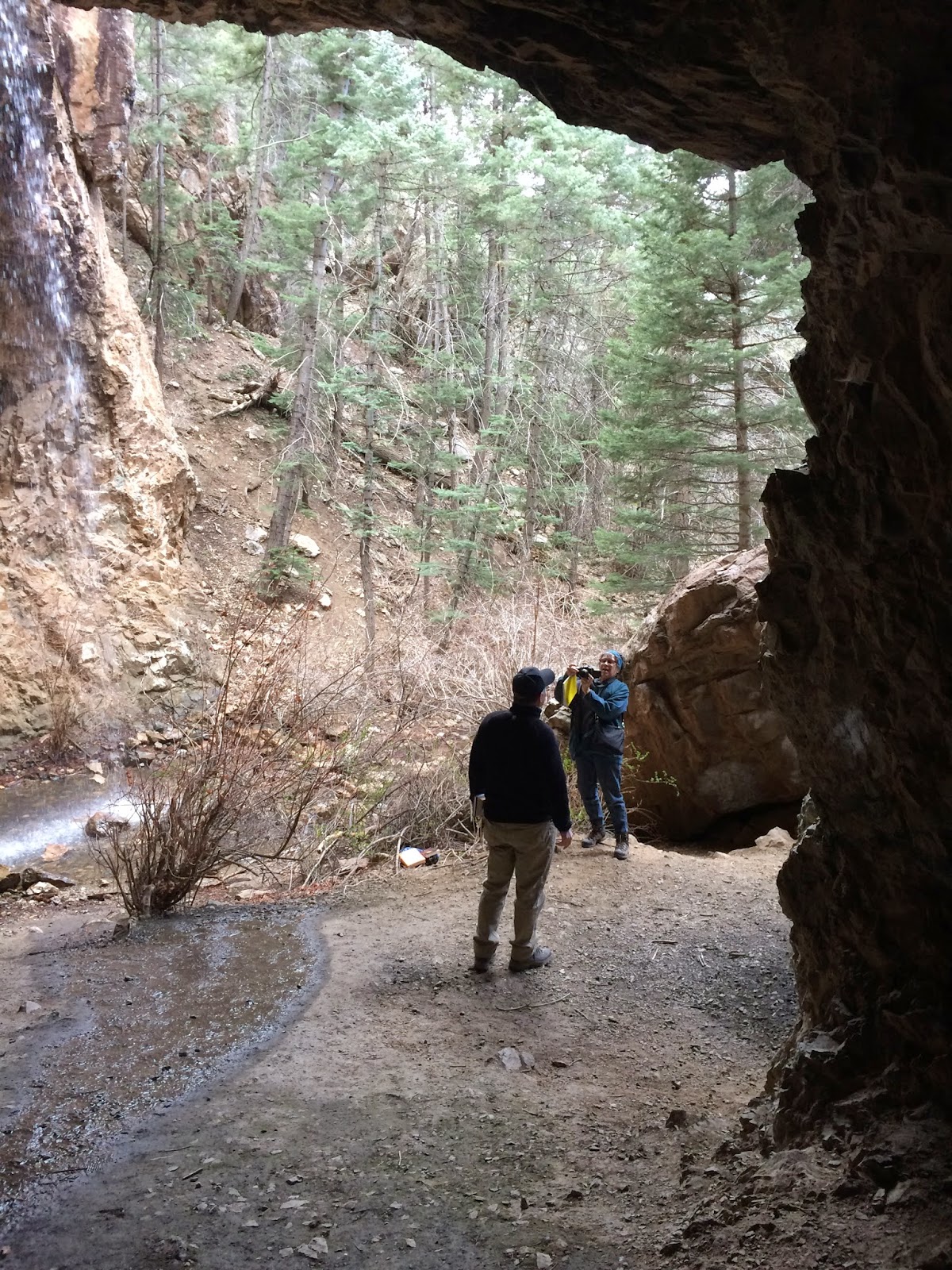 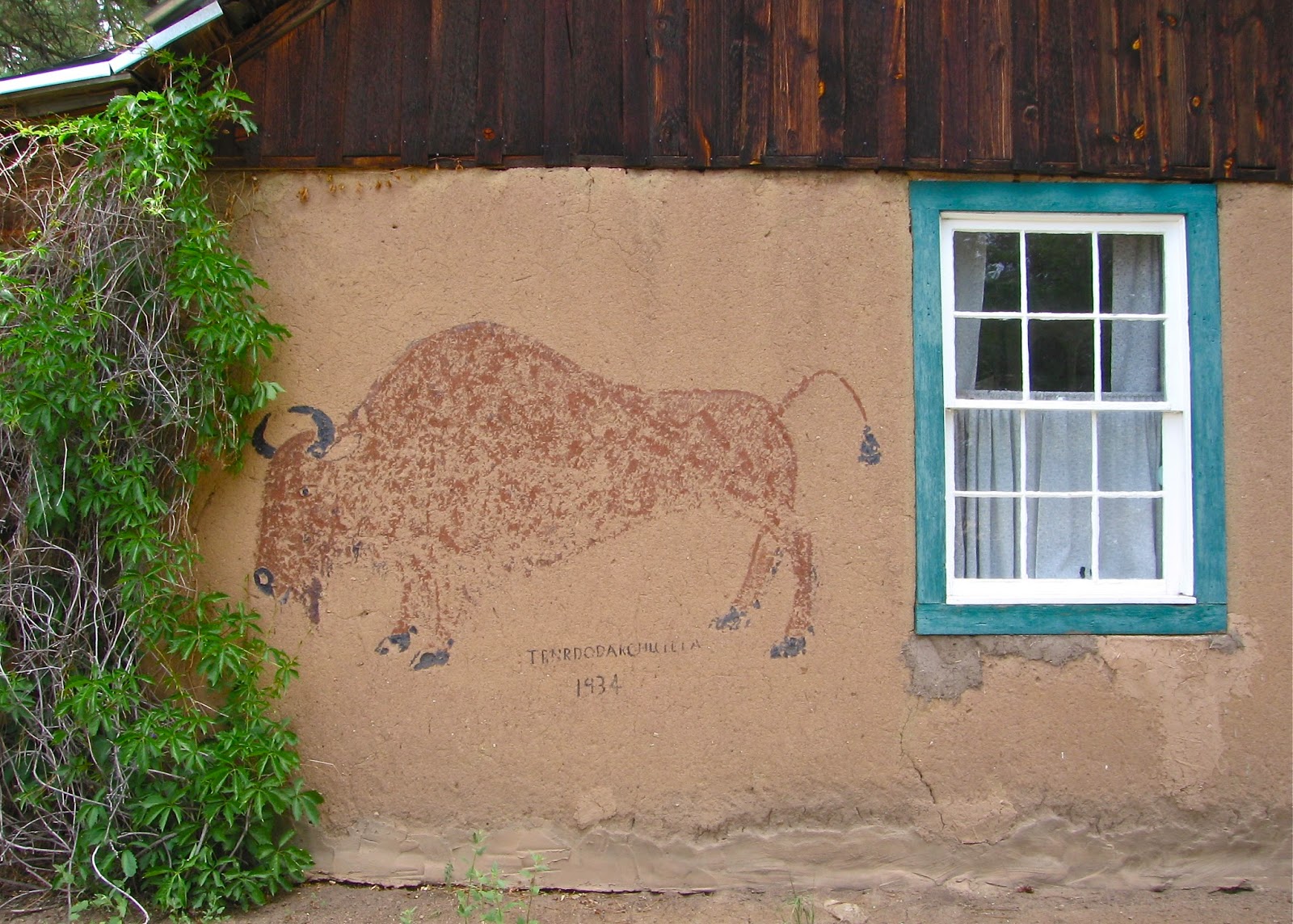 
Here in Taos he writes of the natural world enveloping him, of hummingbirds, mountain jays, rabbits, deer, the death of a porcupine, and of the great tree and meadow before him.
At the ranch Lorenzo baked bread and roasted chickens in an adobe horno oven, bringing back comforting memories of his mother baking bread as he waited at the kitchen table. 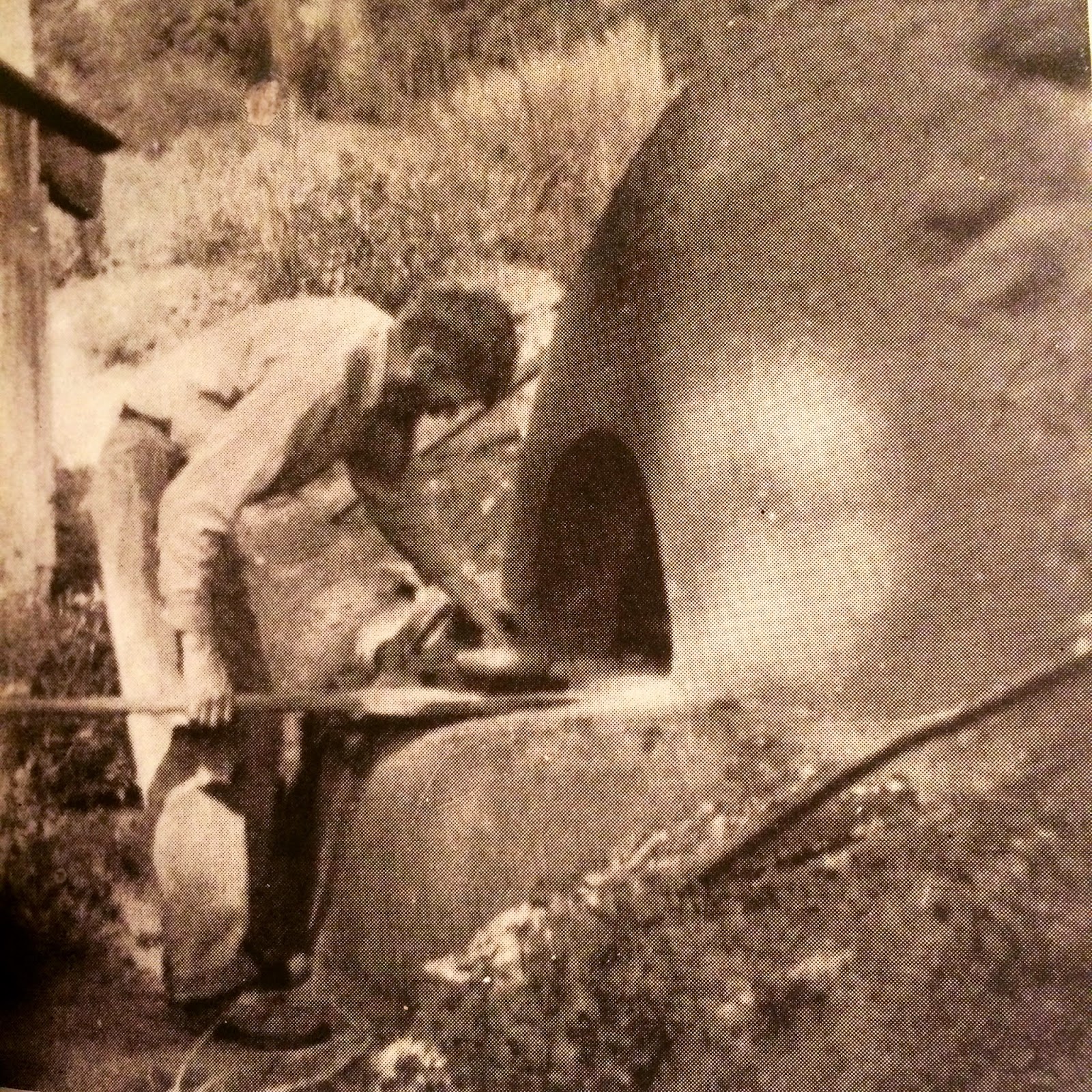 
They live off and on at the Ranch near Taos for over 18 months during a 3 year time period. On September 11, 1925 they leave for Europe, Lawrence knows he will not be allowed back into the US through customs as he has developed tuberculosis and is in a weakened state. March 2, 1930 in Vence, France he succumbs to the disease at the age of 44.
In 1935 Frieda’s 3rd husband Angelo Ravagli arranges for Lawrences ashes to be brought back to the ranch near Taos where he has built a memorial on the hillside above the cabins. 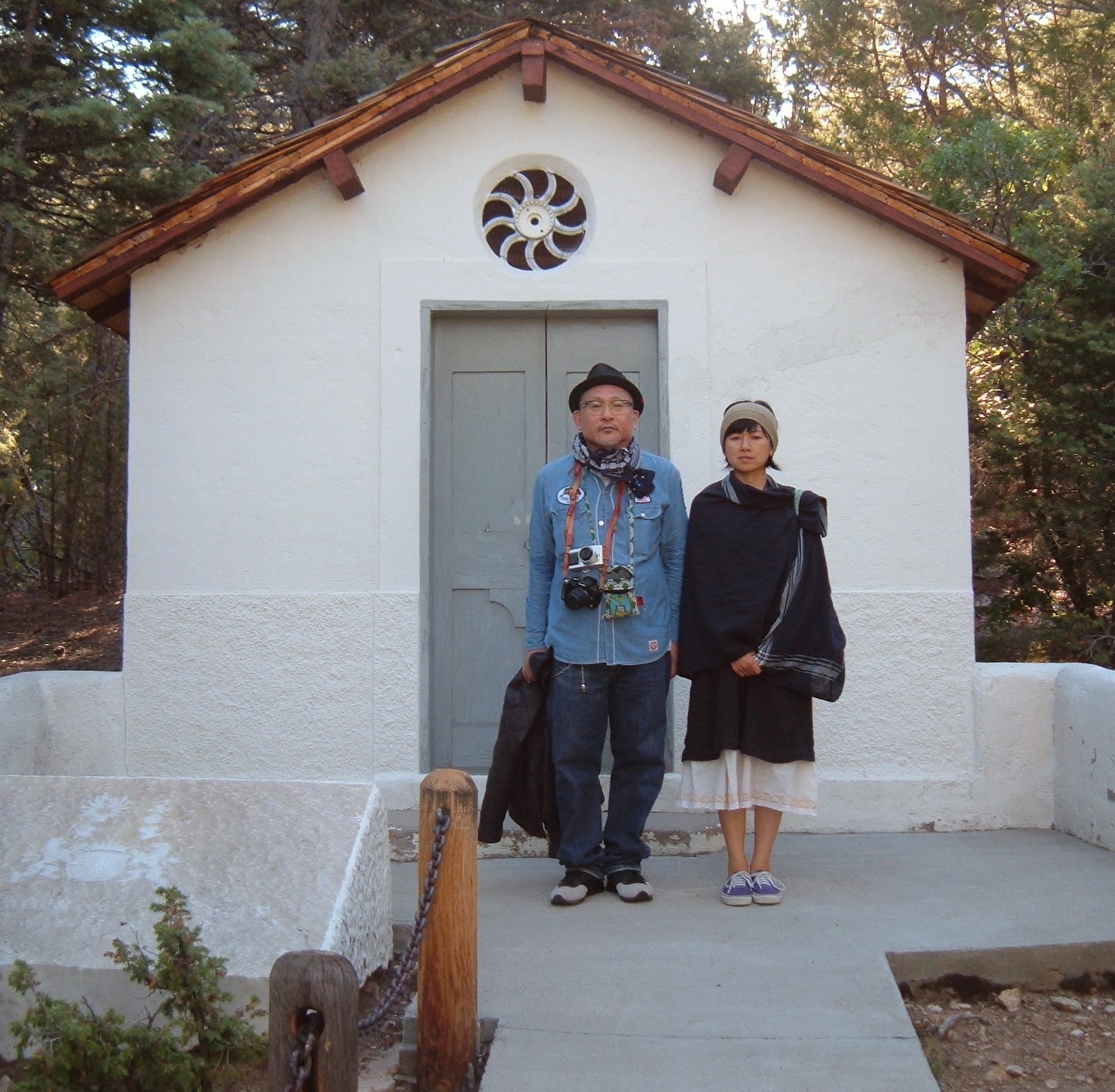 Visitors from Japan, who I snuck onto the ranch which had been closed to the public during a 6 year period 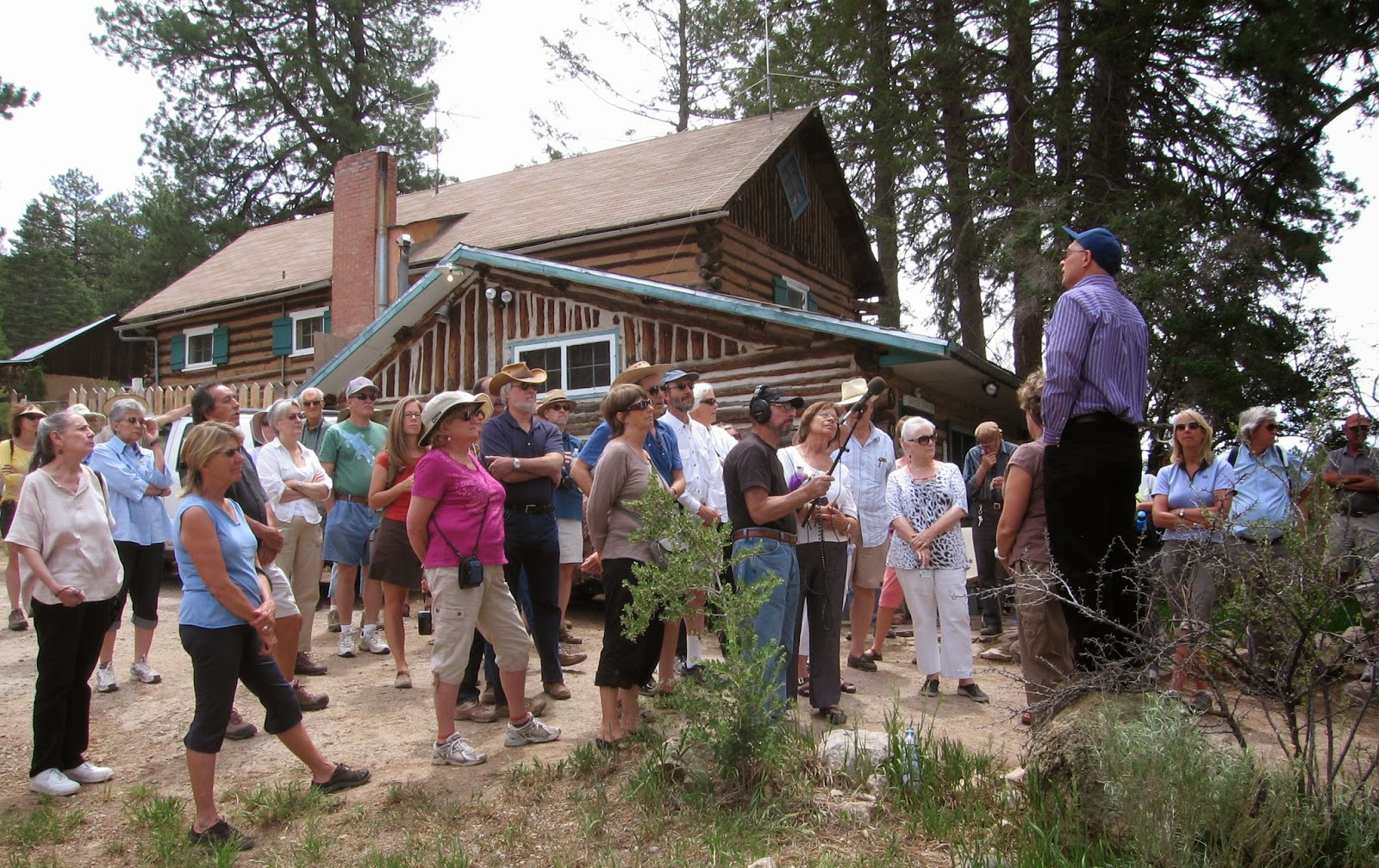 Bill Haller giving yet another of his popular tours of the ranch
The main features of the ranch open to public viewing are the following:
Homesteaders Cabin, built in 1891, this was the Lawrences primary residence. The chair on the porch was built by Lawrence.

The Buffalo Mural as it is today, "restored" to me a botched repainting
Murals of a painted pony and a buffalo were painted by Trinidad Archueleta. The tin Phoenix hanging outside the cabin was created by Brett. 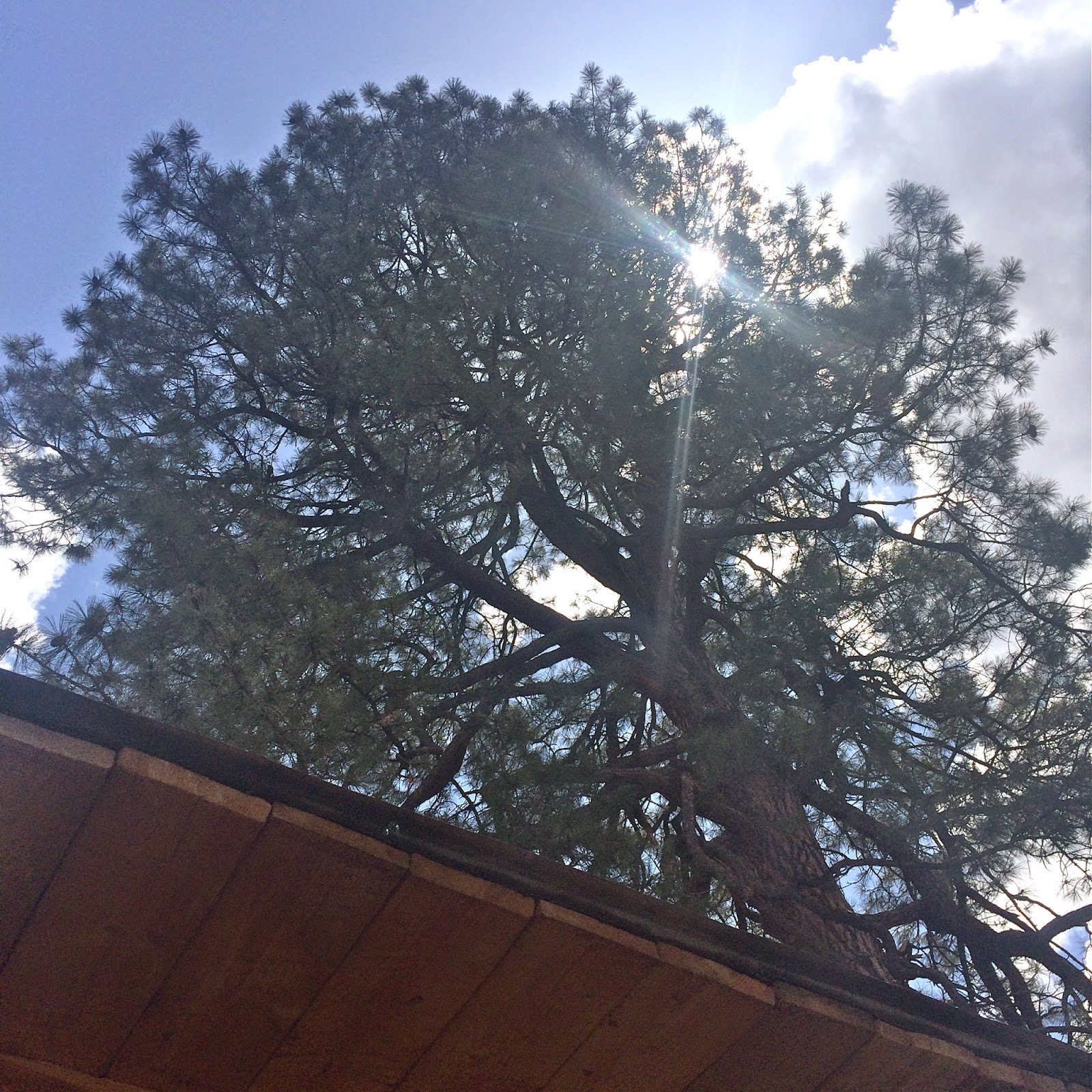 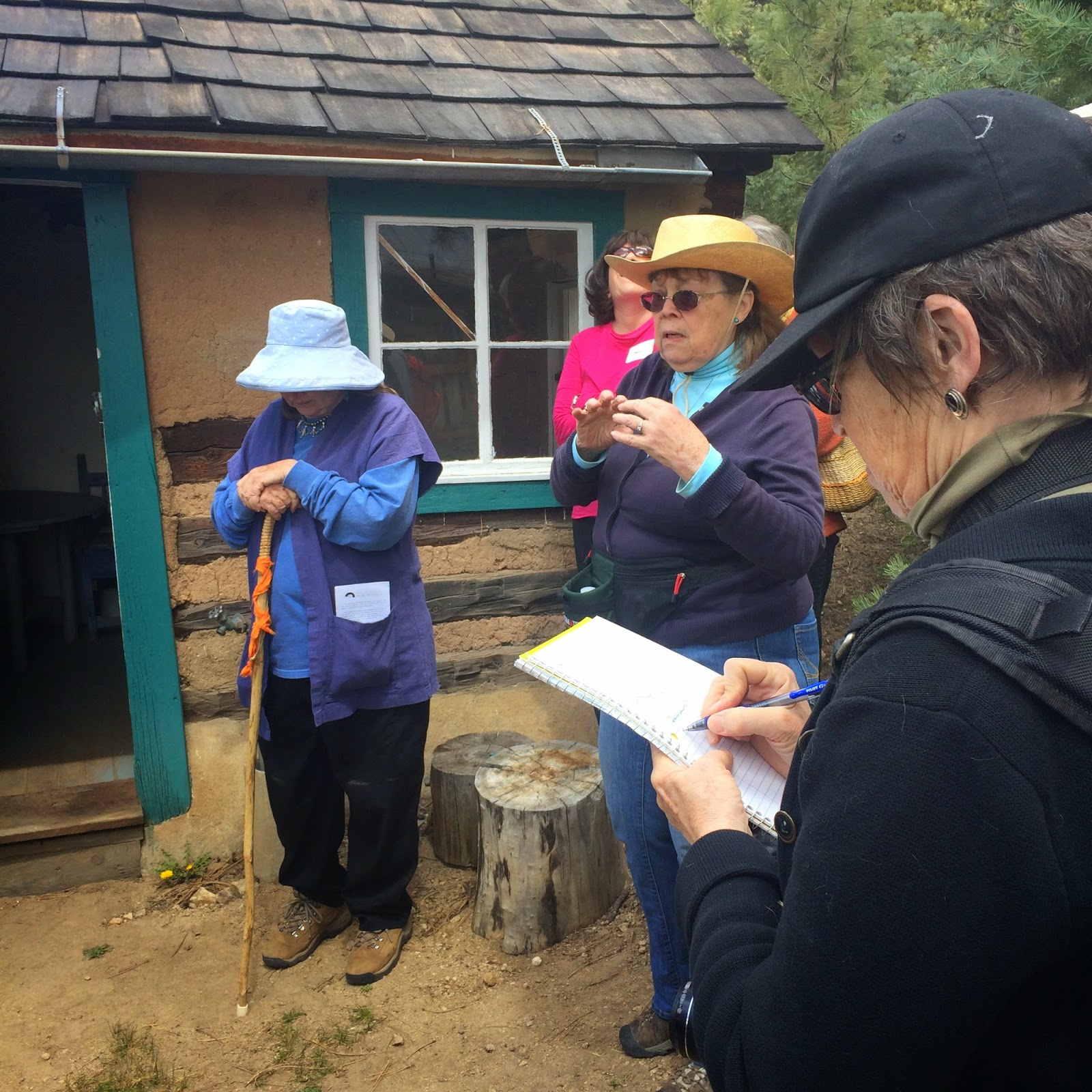 Judith Nasse who is currently writing a book of Dorothy Brett outside the Brett Cabin
Brett’s Cabin, a small 100 sq ft space where the artist Honorable Dorothy Brett lived at the ranch, she helped with typing Lawrences’ manuscripts. Her chair sits in a corner, it too was built by Lawrence. 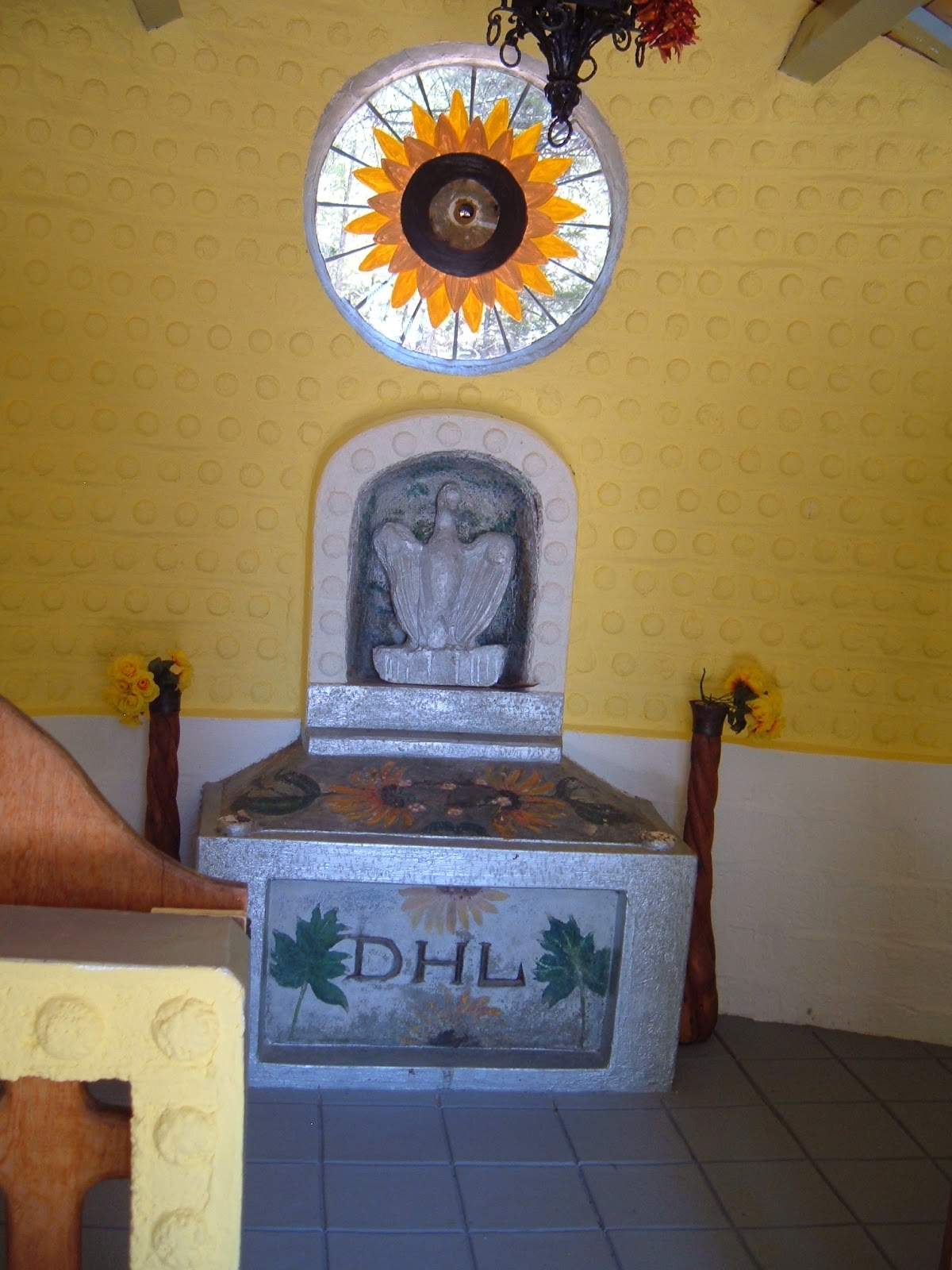 Inside the memorial, are the ashes of Lorenzo mixed into the concrete here, no one knows for certain
Lawrence Memorial and Frieda’s gravesite, located above the cabins among the large pines. 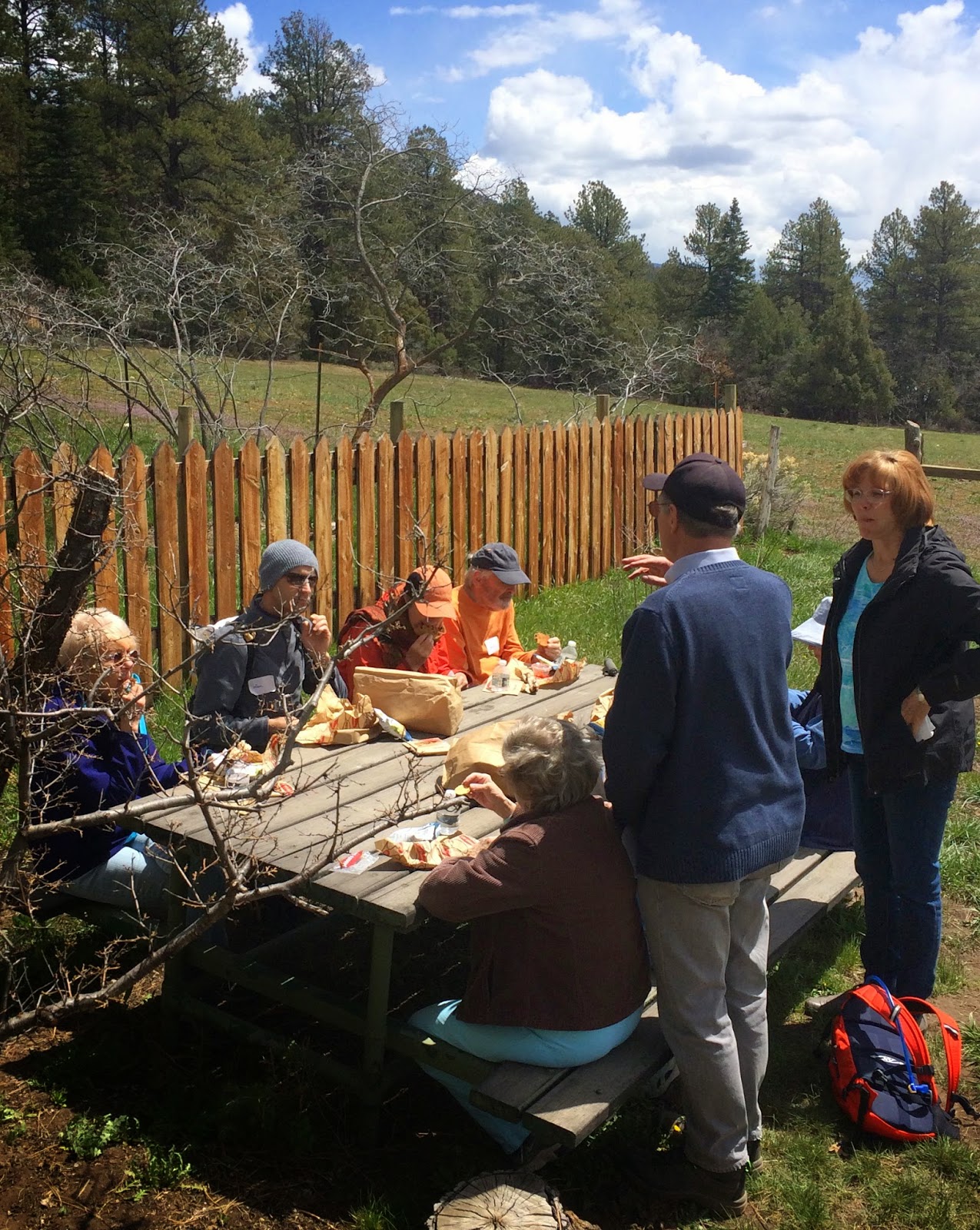 The public picnic table by the alfalfa field
The Alfalfa field overlooking the Town of Taos.
There is a picnic table near the field, restrooms are available to visitors at the bottom of the path to the Memorial.
Buildings currently off limits are the large house, which was Frieda and Angelo’s home, storage sheds and the horse barns. 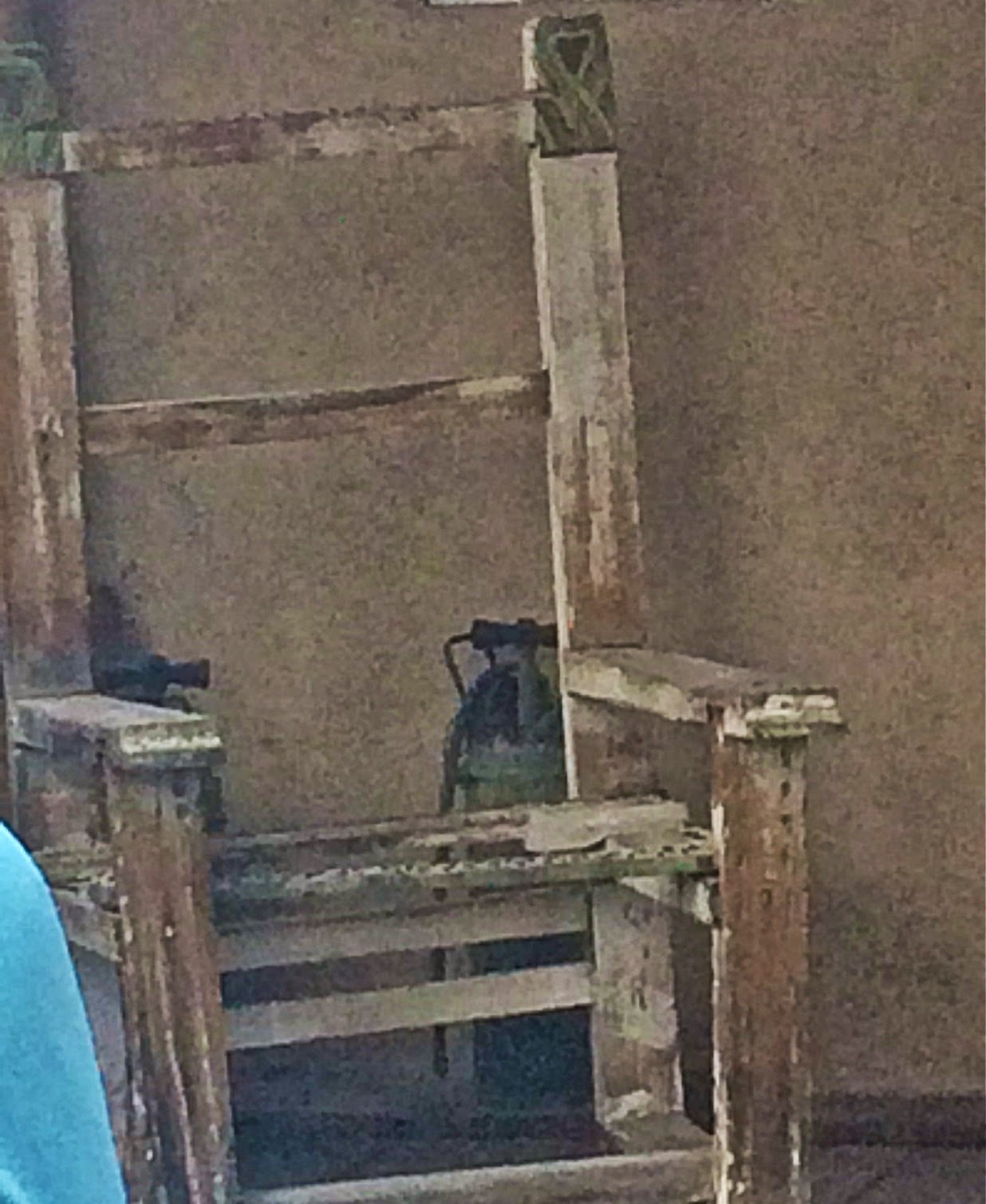 
"…you have started on a chair, an arm chair. …I hear a faint wood chopping and a few faint ejaculations as you shape the arms and legs of the chair with a small hand-ax. Frieda is lying on her bed stitching at a piece of tapestry you have designed for her for the seat of the chair."
“Lawrence and Brett” Dorothy Brett 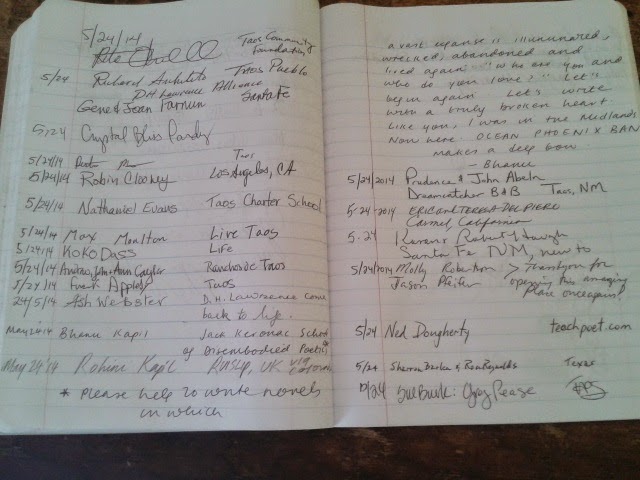 
My maternal family is originally from Taormina, (Sicily) Italy, a place where Lawrence spent a bit of time. Mabel Dodge in 1921 first contacts the Lawrences about coming to Taos while they are living in Sicily. As a prolific letter writer he would have had contact with my Great Great Grandfather who was postmaster, extended family in Taormina are still to this day working for the post office there. 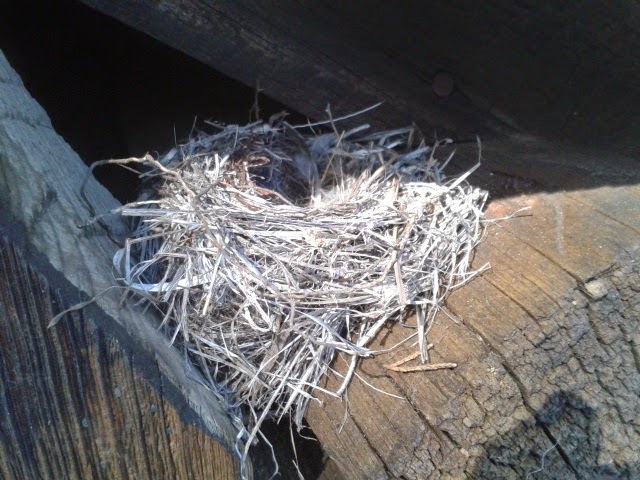 Italians believe a birds nest built in your home is a sign of good fortune, here's one at the Lawrences


Lawrence hoped to create a utopian society in Taos, which he called Rananim, or “Order of the Knights of Rananim”, a country without war and squalor. 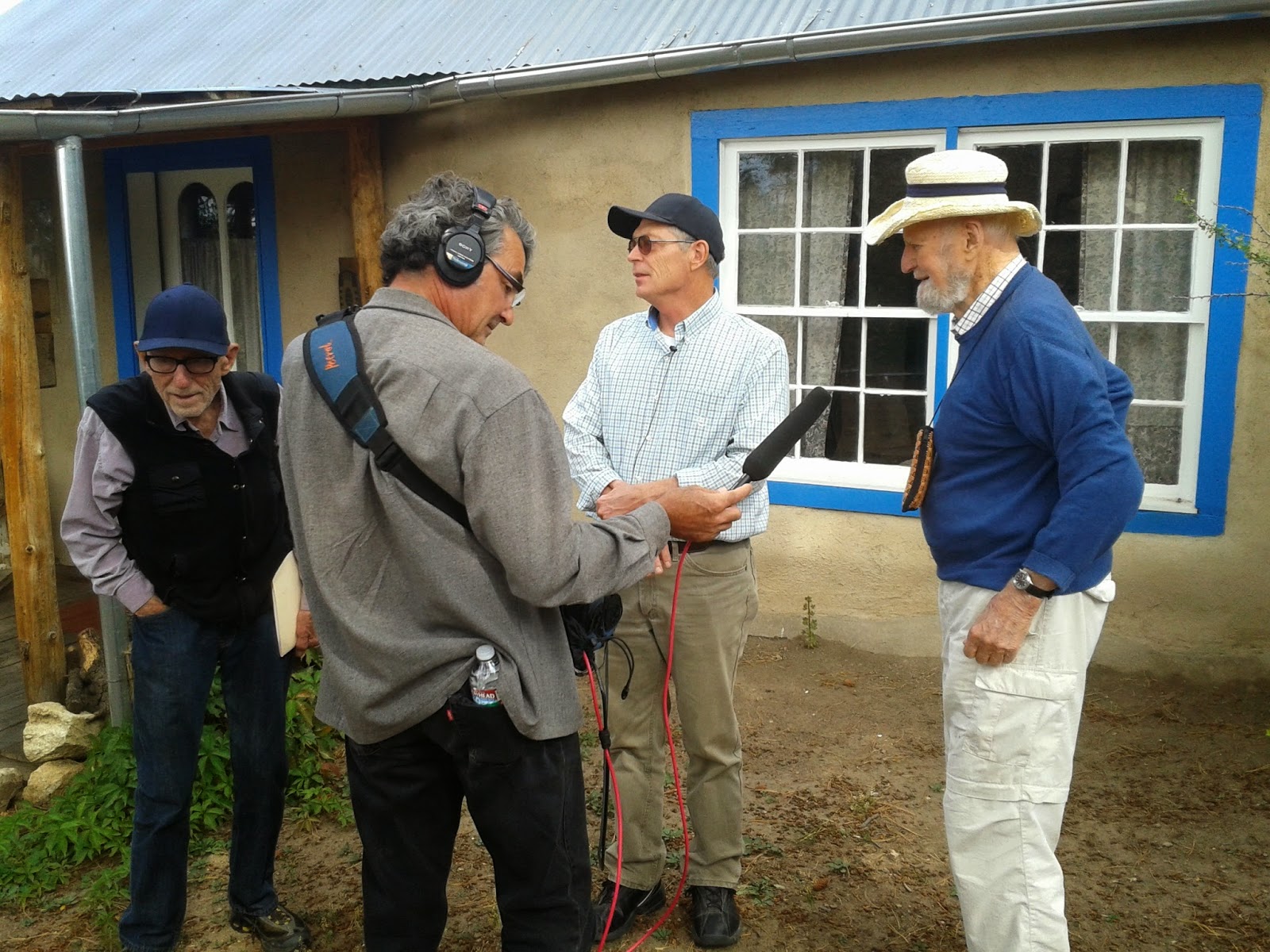 
On September 11, 2013 I was invited by Bill Haller to join Lawrence Ferlinghetti on a tour of the ranch. Ferlinghetti was recorded at the Memorial reading his poem “The Man Who Rode Away (to D.H. Lawrence)”. Afterward we had a luncheon for him, his friends and a few notable Taosenos attended. 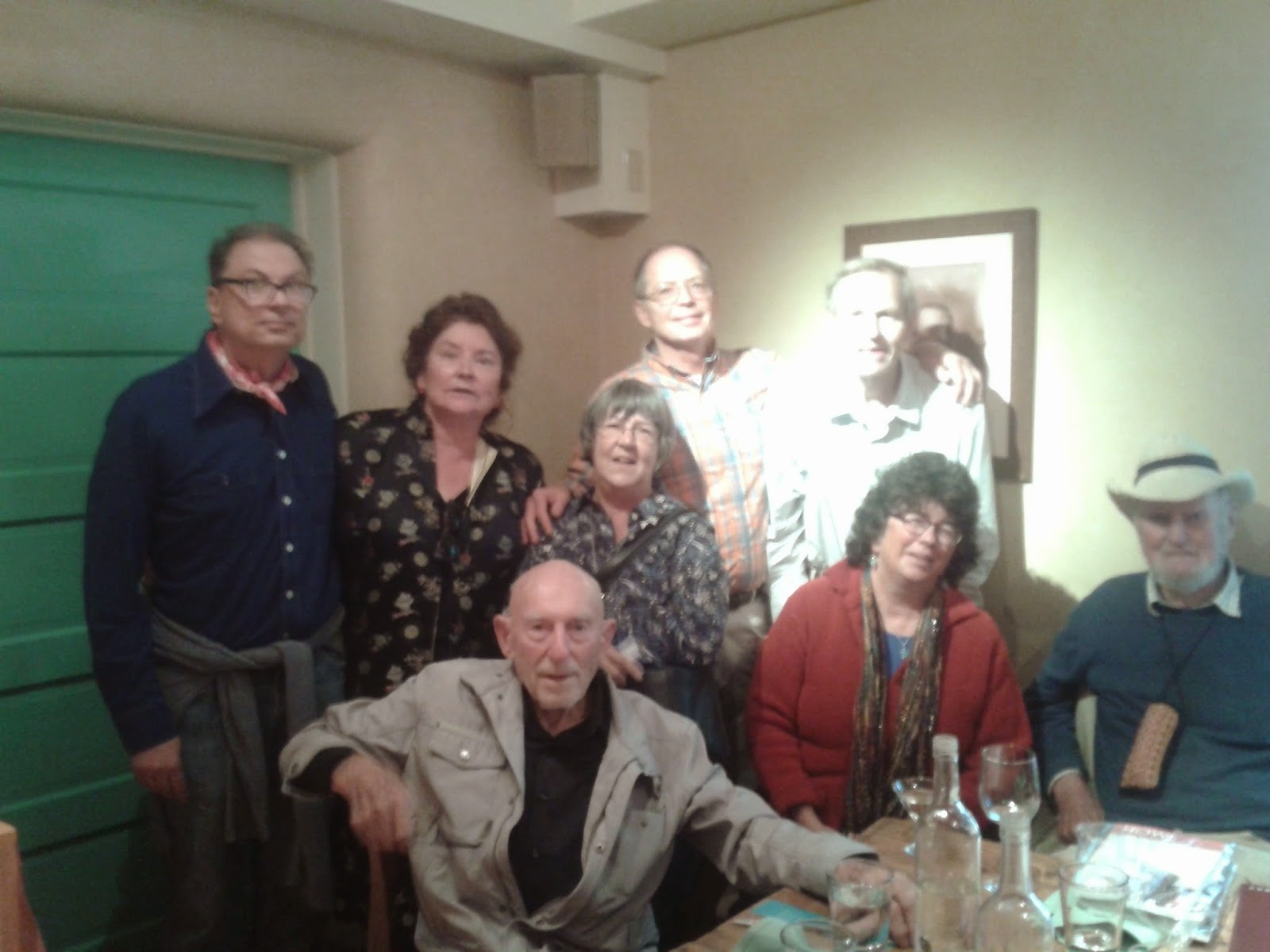 Seated: Eric Bauersfeld, Kate O'Neill, Lawrence Ferlinghetti
Standing: Robert Cafazzo, Helen Macleod (wearing a Japanese mourning coat once owned by Dorothy Brett), Nita Murphy, Bill Haller, John Nichols photograph by Jim McKee
There Ferlinghetti asked each of us to re-evaluate in our own words Lawrence in the 21st Century.
My own thoughts which I shared with the group were ‘How I was affected by the moment, of being present at the ranch. Isn’t that what Lorenzo was after, to take the time to appreciate that moment, to pause, to look, to listen to the refreshing spark and inspiration of that moment.’
And to me that is what the ranch is all about, finding that sense of place, a sense of spirit and inspiration in our natural surroundings. 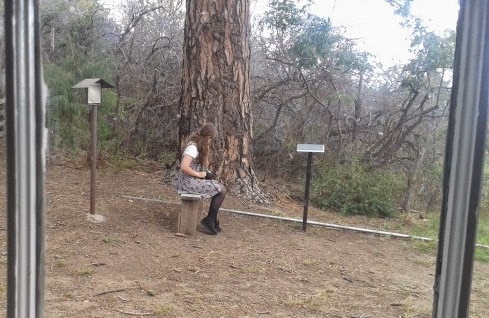 
In my mind Taos is an epicenter of a spiritual vortex, others may call it an energy emanating geo-spiral, where healing energies are released from deep below the surface. This vortex also generates an affect on sensitive people with high levels of creativity. Taos has been a creative center for much, much more than these past 100 years. 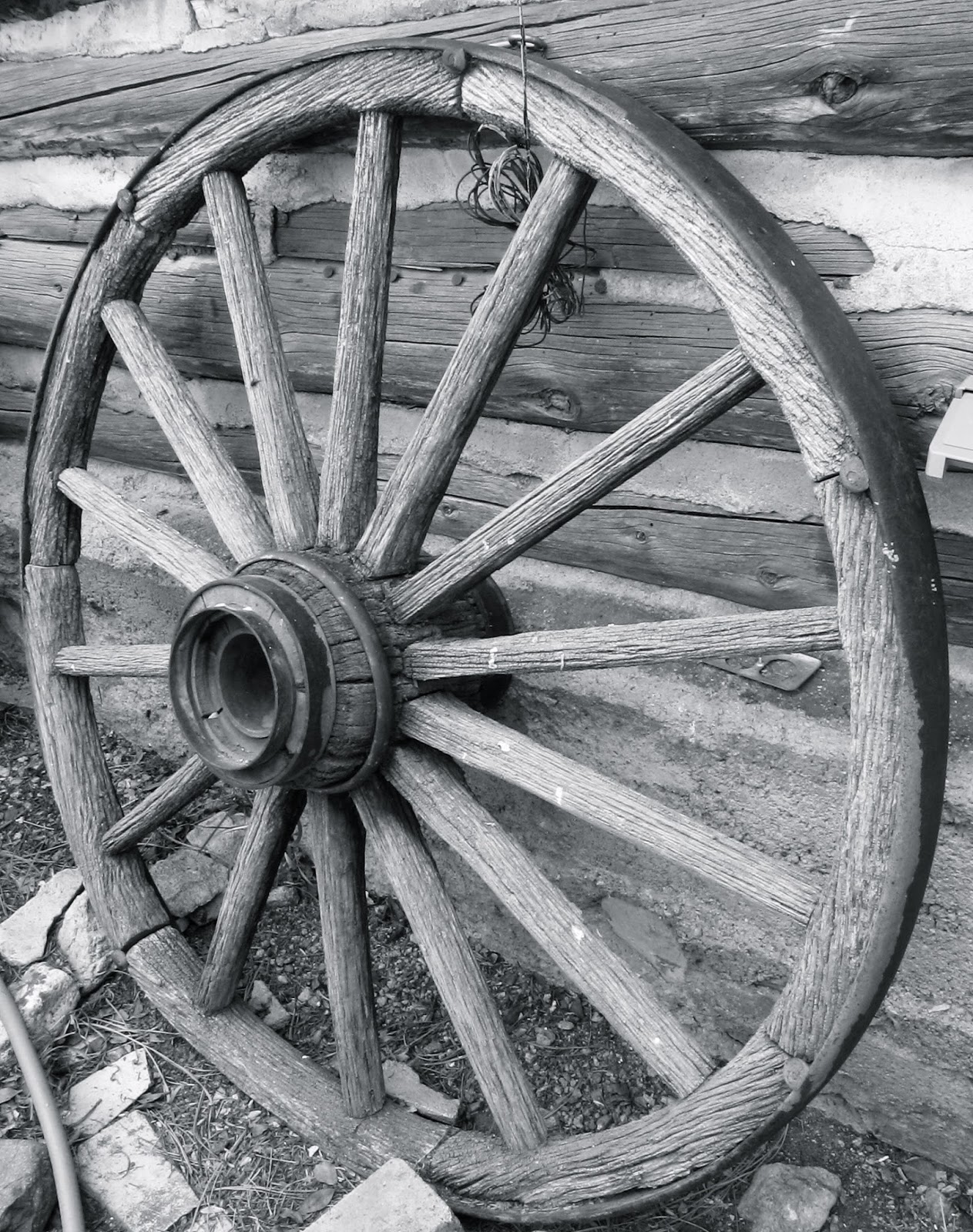 
I am thankful that the D.H. Lawrence Ranch in San Cristobal just north of Taos has reopened to the public. The turnoff to the ranch is at mile marker 10 on NM 522 North, onto San Cristobal Road (5 miles to the ranch).
You will be at an altitude of 8,500 feet above sea level.
Spring 2015 the ranch is open Thursday & Friday 10-2, Saturday 10-4.
Summer days and hours will be posted soon.
The D.H. Lawrence Alliance has created a docent program with training by Lawrence scholar Bill Haller. Docents are happy to answer your questions and to give you an informative tour of the ranch.
There is no fee to visit the ranch, (donations are graciously accepted). 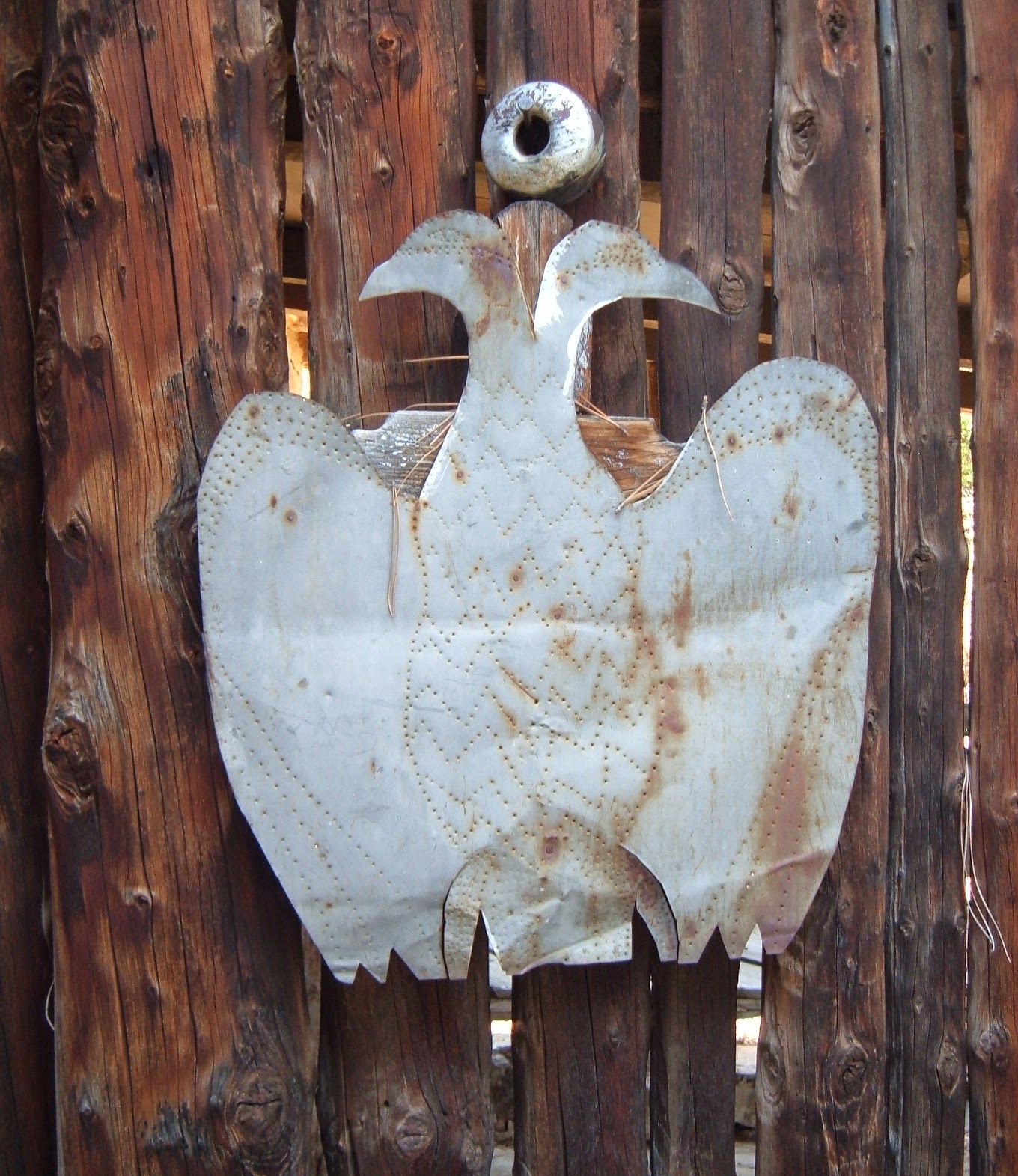 
"But as the bird Phoenix was consumed by fire in the Arabian desert only to rise again from it’s own ashes, so it arose here to a new life, fresh and beautiful, in the desert of New Mexico."
“A Poet and Two Painters” Knud Merrild


All Photographs except where noted are by Robert Cafazzo