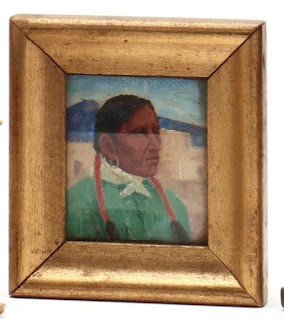 Studied in Los Angeles, CA, Chicago, IL, New York, NY, moved to Taos, NM in 1928. She remained in Taos for twenty-five years before moving back to Colorado. She is noted for her paintings of animals, horses in particular. 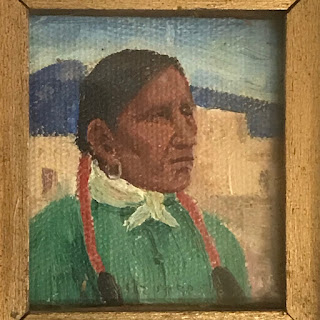 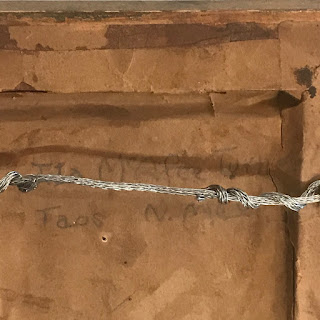 Note the earring and braids tied in red (denoting a particular society group that this man belonged to), with Taos Pueblo and blue mountain in background. Dated to 1930, signed on front and notation on back. The man wears a robe (an indication of stature) of green, the color of life, renewal, nature and energy, associated with growth, harmony, safety and the environment and around him. 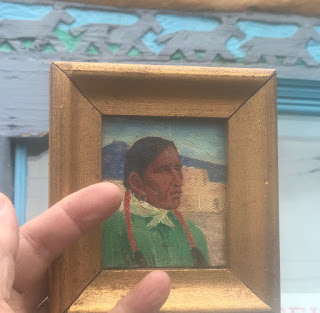 Portraits and the portrait miniatures of the people in Taos are some of Ila’s best work, yet still she was known as the painter of horses. Most portraits are on simple backgrounds. This rare Portrait of a Taos Pueblo Man by Ila McAfee includes views of the Taos Blue Mountain and the Taos Pueblo in the background. 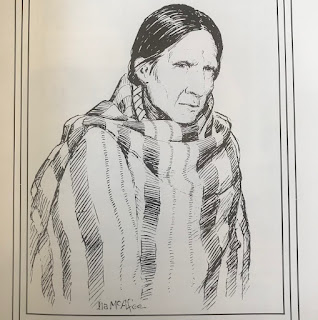 From Ila's book "Indians, Horses, Hills, et cetera..." : 'Sun Lightning' was his indian name. I would meet him out in the sage and sun and there, wrapped in a bright colorful blanket, he sat on his horse. I painted him with a mountain or prairie as a background in the center of a beautiful setting. People from Taos Pueblo have identified him as Joe ‘Sunhawk’ Sandoval, along with pointing out the hoop earring and red colored ribbon wrapping his braids. The book includes this illustration of the man she refers to. 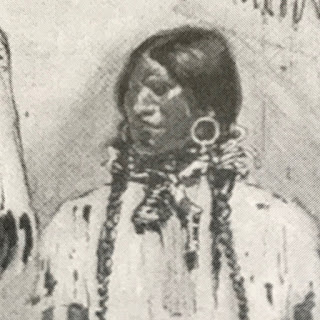 In a sketch by Ernest Blumenschein a similar looking Pueblo Man is depicted.

Ila met her husband to be Elmer Page Turner (yes, read it again ‘Elmer page turner’) through art classes at the Chicago Art Institute in 1920, whom she married in 1926. Ila and Elmer designed and helped build their home on what was then known as Armory Street, now Civic Plaza Drive, which was finished by the end of 1928. Named the “White Horse Studio” it is an assuming two story house nestled into now a busy street. It is thought that Ila carved the animal figures into the lintels over the exterior door and windows. A viewing of the videos Ila McAfee’s Trained Cats in particular Sanka the Siamese, will give you an inside look into their home. 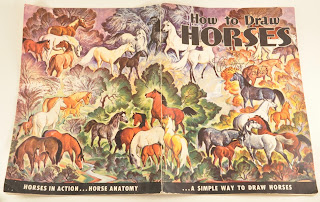 Little known and seemingly forgotten about McAfee is that she designed fabrics, wrapping paper, dishes, calendars and illustrated the cover of “How to Draw Horses” by Walter Foster 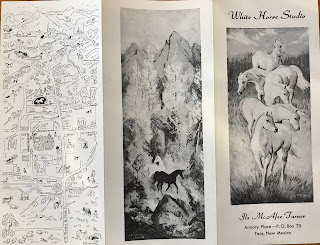 Ila McAfee is included in the book “Taos and its Artists” Mabel Dodge Luhan 1947. As one of the earliest painters in Taos, she is considered today one of the very best. Voted Taos Artist of the Year in 1981. 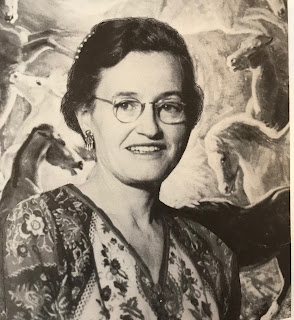 The painting can be found on the twograces.com website, it is priced at $3,600.
https://www.twograces.com/taos-art-1/p/ila-mcafee-portrait-of-a-taos-pueblo-man