Less than an hour ago Vicki Barton our watercolorist friend in Denver called with the news. "We got our paper this morning and you're in it" I thought she meant she'd received her subscription to Taos News from last week when we were in the paper for the fabulous English Tea Party Holly & I had at our Galleries for Valentine's Day. Taos News printed pictures and a caption about it, Page A2 Feb. 18-24, 2010. Instead she was talking about her hometown paper The Denver Post which did a story "Taos's creative soul still burns bright" by Kyle Wagner the section at the end of places to visit here Taos Insider's Guide referred to 4 places to shop Two Graces being one of them which you'll see below: 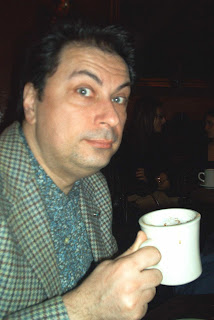 To read the complete story it's online at http://www.denverpost.com/travel/ci_14473249

Yes, indeed we are COOL! How great is that! This past week the woman from Frommer's Travel Guides came by updating her info on Two Graces and the next issue will also include Holly's shop The Plaza Gallery, which is located directly next door.

In an effort to chase away the Winter doldrums, snowing again today, I've created a coffee bar in the second room of Two Graces, normally this is the rotating Gallery space for special exhibitions during the year. In the Winter it turns into my studio space. Now there's a little coffee bar for customers and friends who stop by and need to warm up, I try not to eat all the cookies/digestives on hand. This is an open invite to all, when you've got the time stop by for coffee and a chat, we'd love to see you. If you need a reason in two weeks on a Monday it's my Birthday come on by...

Just the other day we were noticing how the Daffodils and other Spring flowers are beginning to send up the first green leaves of the season. This morning I was watching a news interview with someone who remained positive throughout the interview. What a skill, how truly difficult it is to stay positive. It's actually hard work, you've got to think about what you're saying! When writing this Blog I keep in mind that writing anything negative will reflect poorly on me more so than anything else I do or say. When I first began the blog I did say some unkind things, if you were to go back to earlier posts they have been re-edited. The Denver article gives Taos a big black eye for traffic tie ups, again I have to say, HUH? They also mention the crap made in China, sold in shops in the uptown Taos Plaza which they are unfortunately right about. At this time of year it's easy to let the winter blues drag you down, people come in and are miserable, they ask how's business and expect the same answer everyone gives out "it's d*e*a*d". Instead I say it's winter and this is when I'm at my most productive, making art, repairing broken stuff, and just re-organizing. Sitting in the shop day after day with no one coming in can of course make you miserable, but then to compensate someone wonderful comes in and makes your day. This past week I had all of 5 paying customers, this makes it pretty hard to keep your chin up! The week before Father Bill the great iconographer painter (and our local priest) came by and gave blessings to myself and the shop. How cool and great is that!

Here's an excerpt from the great Johnny Mercer song: 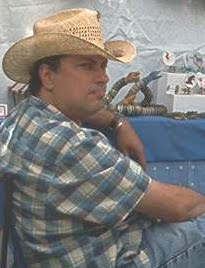 The Taos marketing people have asked businesses in Taos to write a mini essay 800 words or less called "Why Taos", here's mine...

When I first came to Taos 20 years ago it was due to being hit by a car while crossing the street near Fenway Park in Boston.

Taos was a place for me to come and heal. Many people come for healing, whether it was for cures of tuberculosis in the 20’s & 30’s, or for the various spiritual healing of today. The natural mineral and hot springs of the area are hidden all over, seek them out, you won’t regret it. You’ve got to hand it to the industrious guy in the parking lot wandering around selling a basket of home made “smudge sticks” of the local sage, which grows wild everywhere in Taos. Not quite the charming snake oil salesman of days long gone, but another Taos character nonetheless. For many sage smudge sticks are another of our many healing tools.

That’s where I’d like to be some day I thought to myself.

Now I’ve had my shop Two Graces here at the St. Francis Church Plaza for about 7 years and have had more famous and infamous people come by than I’d care to mention.

Many years ago at the beginning of the ‘river road’ along the Rio Grande just north of Valerde travellers had put up crosses on the mountainside. These signified a death of someone on the road called Descansos, a small shrine of remembrance. The abundance of these crosses acted in ways as a warning sign they seemed to signal, “do not go any further”. For some they did indeed turn around and go back to Santa Fe, others ventured onward and discovered Taos. Writers and artists began to arrive, and what a discovery they made. Here in Taos a person could take the time to write or paint without the rest of the world crushing in upon your every thought.