The Flotsam and Jetsam of Agnes Martin in Taos aka When Historic Taos Artists Materials Rise to the Surface and Disperse to the Four Corners of the World, or Just Remain Here in Taos, NM. 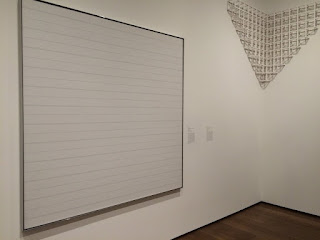 Agnes Martin has been receiving a great resurgence of interest with exhibitions at museums such as Tate Modern, LACMA, the Guggenheim, along with volume after volume of books about her and her paintings. As I’ve stated before it’s quite wonderful that finally more women artists are gaining recognition. Perhaps the 2012 exhibit “Agnes Martin: Before the Grid” curated by Jina Brenneman & Tiffany Bell at the Taos Harwood Museum of Art kicked off all this attention to Martin’s work. 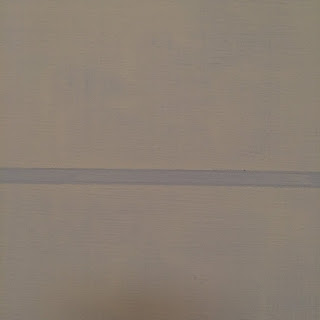 The very best Agnes Martin painting I have ever seen was a discarded remnant of canvas. The piece was rescued from the trash bin of Agnes' own studio, mounted onto a 12"x12" stretcher and framed. Although this particular painting began as a 60"x60" canvas, Ms. Martin destroyed it as an unsatisfactory work. The myth about her is that she destroyed as many of her early works as she could acquire. Throughout her career she became more and more critical of the work she produced, destroying paintings by slashing them from corner to corner. Into the bin they went. Once word got out about this, a few Taosenos became regular Agnes Dumpster Divers. Today from time to time someone hears that one of these fragments may be valuable and they seek a quick sale (before anyone becomes the wiser). 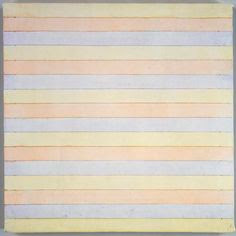 Picture in your mind a multi-colored painting of lines which ever so slightly drip. This particular painting fragment uses the soft pastel color palette of the 80's paintings. More descriptively, when a tear drop begins to fall from a loved one’s eye. A water faucet ever so slightly unendingly dripping, slowly, continuously. Or, better still a pastel colored rainbow clothesline dripping with morning dew. We'll never know what Agnes Martin intended. I don't even know if she continued on this theme. At times I wonder about this painting, it has stayed with me. An Agnes Martin authority tells me that Martin had indeed produced work of this style; although from an image search I find nothing online similar. For me this painting creates an emotion of sorrow. Today this mid-November 2016 it seems appropriate to think about this.

In the tiny hamlet of Taos, an art colony here in Northern New Mexico, historic artist treasures rise to the surface. It’s inevitable. Are items such as D.H. Lawrence’s hat, the studio cabinet owned by Dorothy Brett, a table from the home of Angelo Rivagli & Frieda Lawrence, the wardrobe of Mabel Dodge Luhan, the Kachina Doll gifted to R.C. Gorman from Georgia O’Keeffe or even O’Keeffe’s palette knife ‘valuable’? In my case I personally may be able to acquire such artifacts. Where I can not afford a first edition signed D.H. Lawrence book, or a Georgia O’Keeffe painting, I can often afford an every day object that they once held. Last night for instance, we hosted a small dinner party at which we served wine in cut crystal goblets once owned by R.C. Gorman. Does it matter to anyone that I own a chair that once belonged to John Updike, to me indeed it does, a chair I very much treasure. 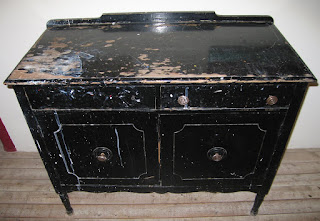 There have been times when I’ve walked into someone’s home here and borne witness to a Warhol, an O’Keeffe, a Renoir, a Scholder, a Picasso, a Basquiat. A sense of wonder and delight sweeps over me every time, how could it not? 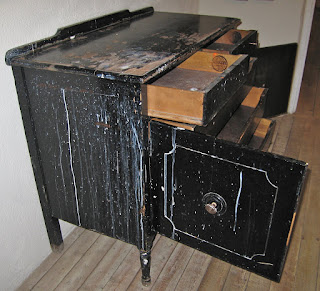 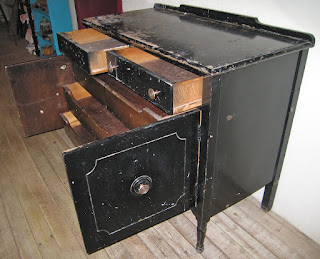 Beauty is in the eye of the beholder, Value is what someone will spend on something. How do you put a price on items that were once owned by, but not produced by, someone of note? Is a discarded, disowned fragment of a painting, by someone whose artwork ‘values’  indeed are quite high, at all valuable? A local high-end Taos dealer of historic Navajo weavings once told me that just because an object belonged to a famous artist, it did not add value in the marketplace to that object. I humbly disagree. If I were to be offered a set of tea cups once owned by Mabel Dodge Luhan or a prettier set of tea cups at a similar price, the choice would be simple, purchase the ones once owned by Mabel. 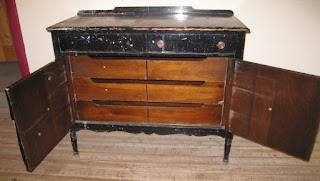 A while back I was offered the art cabinet of Agnes Martin from her studio. The cabinet had been in storage since her death, everything from her studio upon her demise was quickly documented and all non-paintings were soon removed to storage. It seemed no one was interested in any of her possessions. Except me. The black cabinet made by Abernathy Furniture Co. has a bit of paint splattered at the top of it dripping over the edge, reminding me of that wonderful painting of slight drips. At the top, two side by side drawers slide open for paints with two doors below which open up to three sliding drawers for storage of sheets of drawing paper. On the inside of one of the top drawers a young family member had written his name in a sprawling childlike scribble Jerry Wonder Boy. There were a pair of these cabinets, I felt fortunate to be able to purchase one. The cabinet is well documented, a photograph of it (on page 95, paint splatters and all) is included in the book “New Mexico Artists at Work” by Dana Newmann & Jack Parsons. 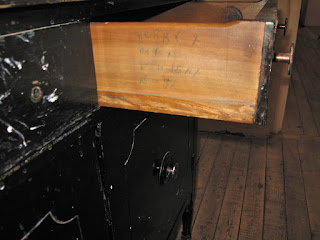 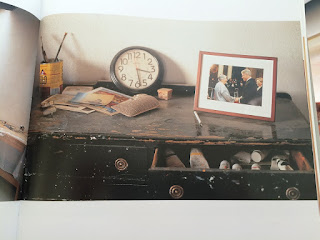 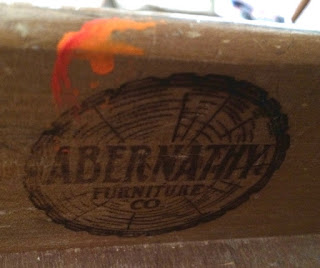 Abernathy Furniture Co. stamp on inside of drawer of Martin's cabinet

This cabinet along with so many other objects I’ve acquired over time bring to me a sense of wonder, and that is indeed their value.