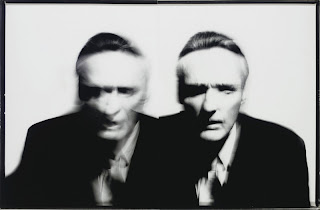 January 11, 2011 an auspicious day unlike any other began early with the Christie’s Interiors auction of the Estate of Dennis Hopper.
A two day sale of 964 items were to be sold at auction by Christie’s of New York City. These were the third and fourth auctions in a series of artwork and other materials, which were owned by Mr. Hopper.
During the big contemporary art auctions of November Christie’s sold, in two separate groupings, some of the larger and more valuable paintings from the Hopper estate, Warhol, Schnabel, Duchamp, Haring, Lichtenstein… These auctions realized quite a bit of money as you could imagine and made national headlines. This was not where a person of my own means could bid on something at a bargain price, this was the world of high end art dealing.
What I was hoping for was to be able to pick up something at auction during the Winter Interiors Sale perhaps some wine glasses, maybe a curio of some sort.
This past Autumn on separate occasions and over the course of a few months, 3 moving vans pulled up to the Hopper house just across the street from the Ranchos Church Plaza. Items were selected packed up and shipped off to NYC, where they would be photographed to be included in a catalogue and listed for 2 auctions to be held January 11 & 12, 2011. Dennis, squirreled away a lot of stuff, and those lots were to be listed by Christie’s.
When Christie’s posted on their website what the items selected were and the price estimates I was a bit disappointed that there were no wine goblets or special little item that perhaps I could bid on and purchase. Instead there was a lot of the art from the “Hopper at the Harwood” Museum exhibit of his local Taos artist friends, and a great deal of the smaller artworks from his vast art collection. Two of the featured artworks were Andy Warhol silk-screens, a red Marilyn and a blue Mao. Hopper had shot the Mao canvas twice then brought it to Warhol who decided to add some notations to it and announce it to now be a “Hopper/Warhol” collaboration! Also included a selection of posters from films he starred in, even the very recently awarded Hollywood Walk of Fame plaque and a rather small group of items, which were not art related yet more in keeping with the ‘Interiors’ theme of the sale.

Am I glad I did it, bid at a mysterious (to an outsider like myself) auction in New York City? Yes.
Will I do it again, perhaps. Could I really afford it, no. Was it fun, yes.
A few good reasons to have had this experience:
1.) I bought “Dennis Hopper, Works of Art”
2.) I had the experience of bidding in a Christie’s auction, which most people would never even think of doing. By the way, try it you may enjoy yourself.
3.) Bragging Rights
4.) Having an incredible story to tell and a great ‘conversation’ piece to hang in my Gallery Two Graces.
5.) That was a whole lot of fun!
When the piece arrives from NYC, I’ll hang it proudly at Two Graces Gallery in Ranchos de Taos, by the famous San Francisco de Asis Church in Ranchos de Taos, just across the street from the former home of Dennis Hopper. Perhaps someday soon someone who knew Dennis will come by and see it, and remark on a time in Taos that I can only wildly imagine. What I know about the piece is that Dennis had it made by Ron Gardner to hang outside the Return Gallery his brother David ran for about 9 years in the Taos Plaza, and too where the pottery of Mary Witkop was exhibited.
Thank you Mr. Hopper, it was a wild ride…